We know what you’re thinking. But you’re wrong. Man buns are not a trend. They may have gotten specifically popular over the past several years, but be aware that they have been an integral part of masculinity since the beginning of time. You can’t tell us that man invented fire, but no one thought up a hair tie.

The argument of where man buns derived from is still being debated. Where do you draw the starting line to this race against societal norms? The spiritual leader himself, Buddha is the first actual record of a man bun. But, the first relatable person recorded would be George Harrison from the popular British band The Beatles. And between those gentlemen the hairstyle was very popular among soldiers and warriors. Generals and samurais alike were battling for their lives, all while sporting a casual man bun.

Considering this issue is about a simple hair style (or lack thereof), people have surprisingly strong opinions about man buns. As soon as everyone caught sight of Tom Brady simply taking out his trash outside of his California mansion wearing a half-up man bun the fashion scene seemed follow suit. That flame erupted into a full blown fire – after many popular celebrities on and off the red carpet featuring longer locks held up casually in elastics while still dressed to perfection. And once it’s on the red carpet, it’s just a countdown until you see it on the street.

While many feel man buns are lacking masculinity we have to argue that there is a rugged carelessness about this style. The whole vibe of the bun depends on the integrity of its intentions. It’s all about looking great without seeming to have tried too hard. Effortless perfection, which we totally dig. Please remember a man bun is NOT an out for not washing your hair.

However if you men find yourself in a pinch, dry shampoo is always a life saver. Once your hair is clean enough for bunning, it’s important to watch for fly-aways. A subtly powerful pomade works magic for keeping your bun comfortably tight. A dime sized amount of either Evo’s Casual Act or Bumble and Bumbles Grooming Crème warmed in the palms and run through damp hair will do the trick. And if you find yourself transitioning from work to a night out – a small amount of Bumble and Bumbles Brilliantine is perfectly light enough to fix up your mane before throwing it back up into a bun before you head out the door.

And remember – The bun doesn’t make the man, the man makes the bun. 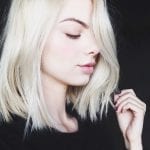 We have a new favorite.Hair Trends 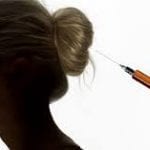