Kim Kardashian, ahhhhh…..the celebrity you love to hate. No matter your opinion of her, she has a way of having us secretly wondering what she is going to wear tomorrow, or more importantly, what she will be doing with her hair–gasp!!!

Kim has taken us on an EPIC hair journey.  All the way from long dark wavy extensions to a caramelized sombre, to a drastic sandy blonde ombré, back to a rich chocolate textured mid length, and now to a very in your face platinum lob. She has squashed her pretty girl image and gone straight for edgy and modern, in hopes of garnering respect from the high fashion world she wants to be a part of.

Now, let’s talk about how Kim REALLY broke the Internet. Going from a level 5 to platinum in one day is nearly impossible, and it seems like every hair dresser in the world is itching to find out how it can be done. So, I put on my Magnum P.I. mustache and Hawaiian shirt and started sleuthing.

Although we don’t know exactly how many hours it took, roughly 4-6, or the actual formula, we do know that Lorri did a lot of highlights and toned with Sachajuan Siver shampoo and intensive conditioner.  It wasn’t a perfect platinum, but for just one session, it came pretty darn close.  Lorri used two different products to maintain the integrity of Kim’s hair, Redken Extreme CAT protein treatment and virgin coconut oil.

Kim then unveiled her new locks for Paris Fashion Week. While in Paris, she looked to Loreal Professionel, Frederic Mennetrier, for round number two, getting her to the silver shade she originally wanted.

Whether you love her new look or simply hate it, Kim gets your attention.  And let’s be honest, that is all she’s ever wanted. 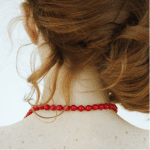 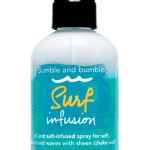