When hearing this story, we were so touched at Adore that we wanted to feature Alex in our monthly blog to spread the awareness of her thoughtful cause.

At four years old, Alex Walker was hospitalized for a week due to uncontrollable epilepsy episodes. As you can imagine, those seven hospitalized days were very scary for Alex and her family, but she found comfort in a best friend that never left her side. Her teddy bear.

Through her own ambulance rides, hospital bed rest, and rounds of testing, her favorite teddy bear named Sky Bear was always by her side. It was then, when Alex noticed how many of the other kids in her unit didn’t also have a friend to hold, that she came up with her own idea. She would round up all of her stuffed animals from home and bring them back to the kids who needed them most. “I had my little bear with me, and other kids looked so sad because they didn’t have anything at all. I wanted to give them a friend so they wouldn’t be lonely.”

The staff at the hospital had to tell Alex that unfortunately, they could not accept used items. But this didn’t stop Alex. She had $60 of her own allowance saved and used it to buy brand new snuggle buddies. Piled up with bags of the brand-new stuffed animals, Alex returned to the epilepsy unit where she had stayed to bring a bit of joy to the children and adults there with them.

Little Alex was serious. She was so encouraged by her first visit and wanted to keep bringing comfort to kids who were undergoing medical tests or staying in the hospital. She named her project Alex’s Fluffy Buddies and started a GoFundMe with her mom. To this date, Alex has raised over $23,000 through her GoFundMe and has used the money to purchase and donate fluffy buddies. “The fluffy buddies really help people,” says Alex. “They can snuggle with them and talk to them – and that helped me when I was staying in the hospital. They’re much better than a game or a book because you can hug them and sleep with them at night.”

Now, Alex has grown her project to make an even bigger influence on other children. Along with the hospital visits, she donates stuffed animals to local police and fire departments, where there is a large and growing demand for comforting toys that first responders can hand out to children going through a crisis.

The ultimate hope Alex has is to raise enough money to ship fluffy buddies to hospitals and first responders all across the country – and maybe beyond. When hearing this story, we were so touched at Adore that we wanted to feature Alex in our monthly blog to spread the awareness of her thoughtful cause.

Adore Hair Studio donated to her cause and hope that if any of our readers would like to donate to Alex and her family, feel free to click the link below that will bring you to her GoFundMe page.  https://www.gofundme.com/alexs-fluffy-buddies 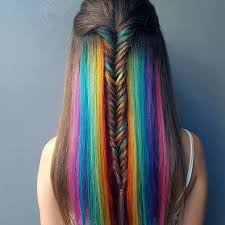 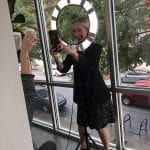 she’s got that girl boss hustleGeneral